Serene Running on a Mac

We are currently working on a separate branch (dotnetcore) to bring Serenity and Serene to Asp.Net Core, which will make it truly cross platform. Even though it's still in very early stages, here is some quick demo.

Microsoft is trying really hard to make .NET cross platform, so that it will run on Windows, Linux, Mac and others.

.NET Core (which is something like Mono) is already on version 1.1, which is pretty stable. With its "project.json" based project system, it promises that all you need to build .NET core applications is a text editor, other than the SDK.

So you may say goodbye to Visual Studio, which only runs on Windows. My favorite editor for coding nowadays is Visual Studio Code. I'm also writing this blog post on it. It runs pretty fast, stable and cross platform like .NET Core. It's only similarity with Visual Studio is naming, nothing else.

To be honest, .NET platform in general is currently a mess.

Documentation is very scarce, anything you find is already out of date, or will get out of date tomorrow.

After acquiring Xamarin, they decided to ditch project.json and turn back to old MsBuild based project system. I hope they'll be able to get some good parts from project.json, which they are currently working on.

And .NET standard 2.0 is coming. You should read about it in this blog post:

In recent weeks, i've been working on bringing Serenity to .NET Core/Standard platform on a separate branch named dotnetcore.

Actually i tried this a few times at past but gave up mostly due to lack of documentation and buggy tools.

Serene.Web, which is the application template, is also ported to ASP.NET Core as Serene.App in dotnetcore branch.

Even though it runs and we can see a Serene dashboard page, there are so many things that are missing or partly working:

Serene Running on a Mac!

Ok, after making it clear that not everything is so shiny, let's give some good news for the new year.

Here is a screenshot that proves Serene is running on a Mac (well with a few quirks): 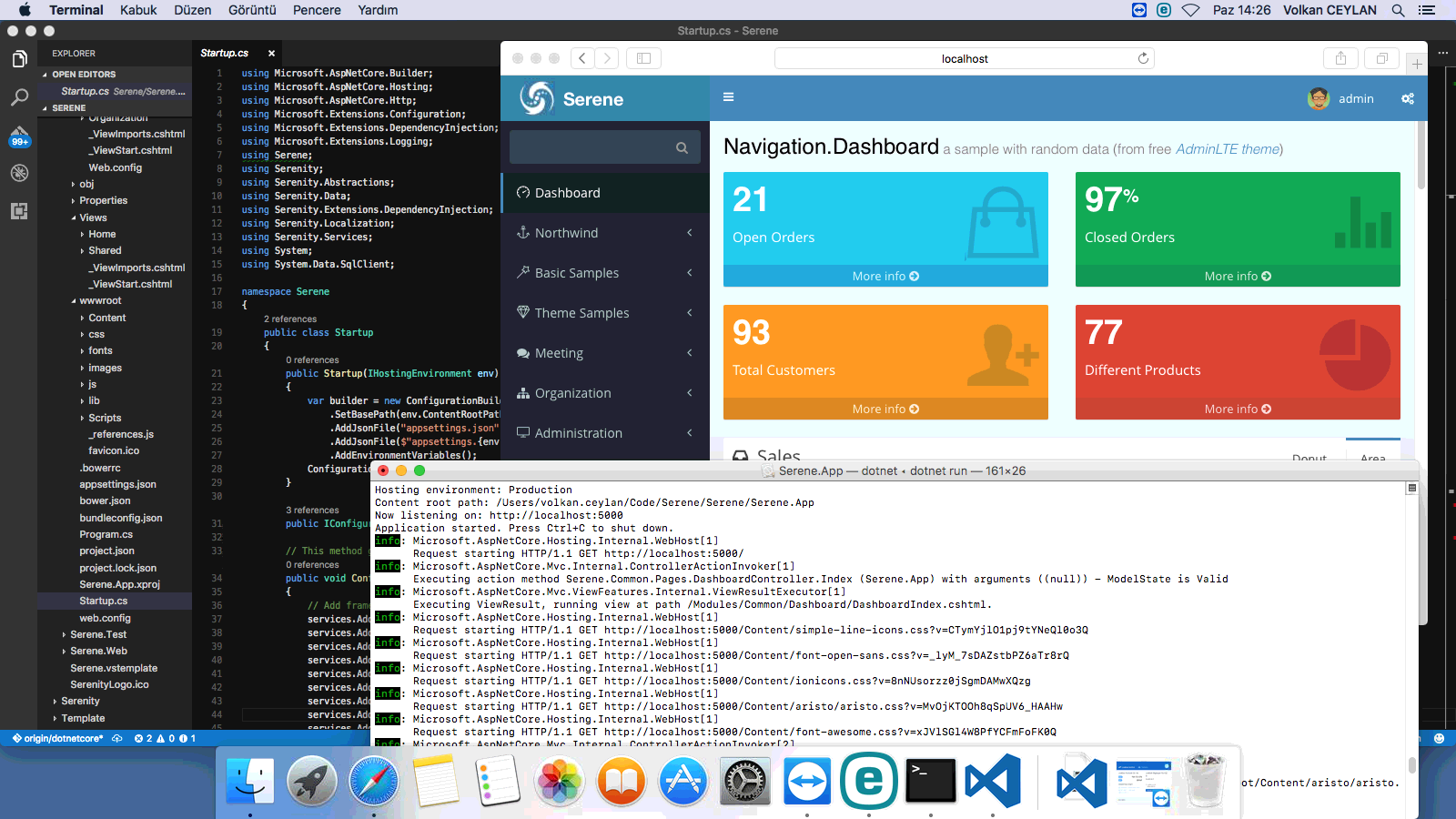 Well, wish you all a happy new year!